This takes few seconds.
It will redirect after submission.
Devotional
CONNECTION HOME
< Back Next >
October 20, 2021 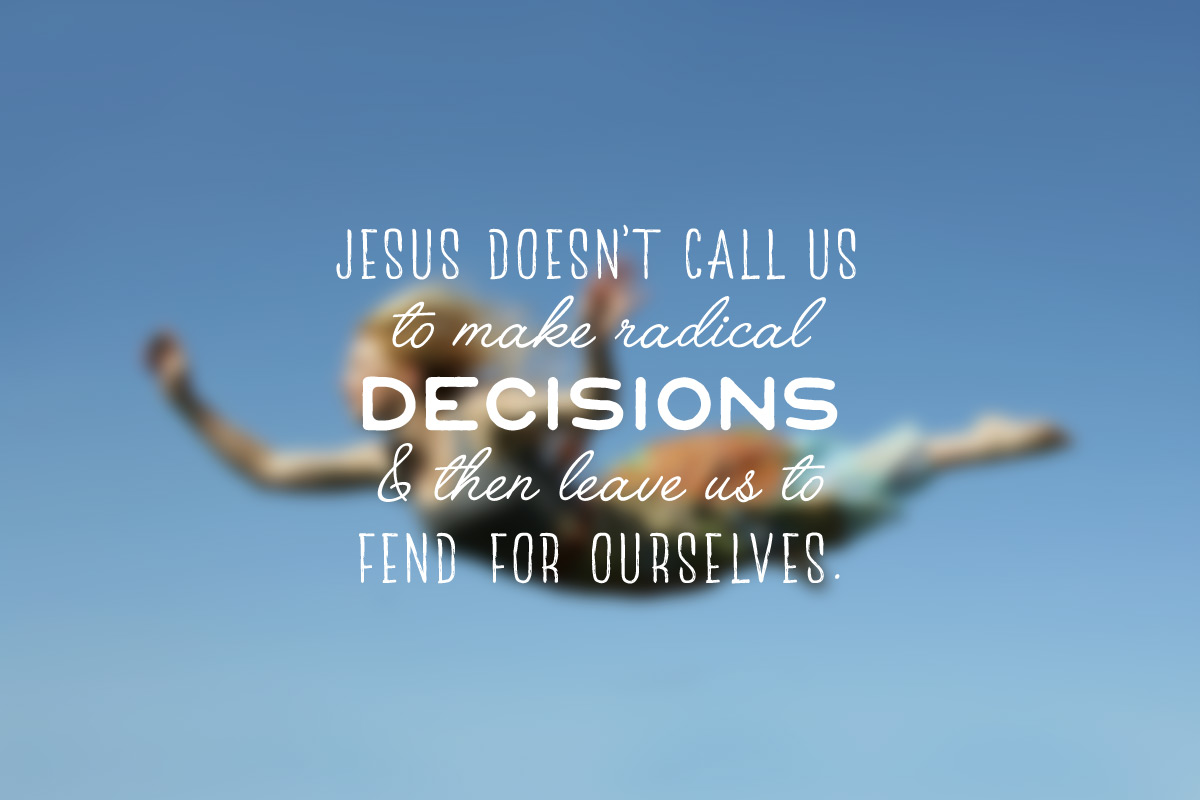 “But when the disciples saw him walking on the sea, they were terrified, and said, “It is a ghost!” and they cried out in fear. But immediately Jesus spoke to them, saying, “Take heart; it is I. Do not be afraid.” And Peter answered him, “Lord, if it is you, command me to come to you on the water.” He said, “Come.” So Peter got out of the boat and walked on the water and came to Jesus. But when he saw the wind, he was afraid, and beginning to sink he cried out, “Lord, save me.” Jesus immediately reached out his hand and took hold of him, saying to him, “O you of little faith, why did you doubt?” And when they got into the boat, the wind ceased. And those in the boat worshiped him, saying, “Truly you are the Son of God.”
Matthew 14:26-33

Peter is a very endearing, relatable disciple. I appreciate his “act first, think later” attitude and the way that he jumps wholeheartedly into opportunities to serve and love Jesus, demand answers, and fight for justice. One of my favorite stories about Peter is the story of Jesus walking on water. The disciples had been fishing all night long without any success. I would imagine that they were tired, frustrated, and probably in desperate need of a good bath.  That’s when they thought they saw someone walking on water, and with good reason, they were absolutely terrified. But then Jesus yelled out, “Take heart, it is I. Do not be afraid.” (v. 27)

When Peter realizes that the mysterious figure walking on the water is Jesus, he decides that he wants to walk on the water with Jesus. The narrator in the book doesn’t explain why Peter wanted to walk on the water; there may have been several intentions behind his desire to do this. Either way, he gets bold and confident and asks Jesus to invite him to come onto the water. And Jesus does.

In that initial moment of stepping out of the boat, I like to imagine that Peter felt excited, bold, and confident in his decision to join his spiritual leader on the waves. That rush of adrenaline, the thrill of doing a radical thing because of his faith – who doesn’t love that feeling?

So Peter leaps out of the boat, plants his feet on top of the water (miracle of miracles!) and the initial roar of adrenaline that got him out of the boat suddenly halts, and Peter realizes that his confidence is no match for the ocean’s tumult. He is going to drown.

Peter’s confidence and then immediate panic is so relatable. How many times have you made the decision, sent the email, signed the paper, bought the plane ticket, said the vow and then realized that the decision you had made was far more life-altering or threatening than you had thought?

The good news is that Jesus doesn’t call us to make radical decisions and then leave us to fend for ourselves. He asks us to be confident and bold because he gives us strength and power to do hard things. He is with us. He cares deeply for us. He empowers us to do things we never thought were possible.

As Peter began to doubt and found himself sinking into the turbulent, salty waters, he cried out for rescue. Jesus did not shame, lecture, or refuse to help. Rather, he immediately stretched out his hand and plucked Peter out of the water. He promises to do this for us when we cry out in our weakness as well. With this story in mind, let us be confident in God’s power in our lives to support and sustain us in the midst of the challenging callings he puts in our lives.

Closing Prayer
Dear Lord, thank you for giving us the story of Peter and for reminding us of your faithfulness to enable us to follow you in radical ways and to save us when we feel like we’re drowning in it. I pray that you will help me feel courageous and hopeful today and that you will enable me to encourage and support other people who may feel overwhelmed. Please be near to me and give me strength to face whatever is in store for me. I am so grateful that you are strong and powerful, especially as I am weak and broken. Thank you for your love for me. In Jesus’ Name, Amen.
Resources
Book: None Like Him: 10 Ways God Is Different from Us (and Why That’s a Good Thing!) by Jen Wilkin This book is so helpful in thinking through cornerstone facets of the character of God. It helps me remember that when God sends us out to do things (whether it is just to be a blessing to our neighbors or to plant a church in a hostile land), all the power and character of God goes with us.
Question for Reflection

What attribute of God’s character gives you hope and confidence as you ponder his promise to support you during moments of fear and insecurity? 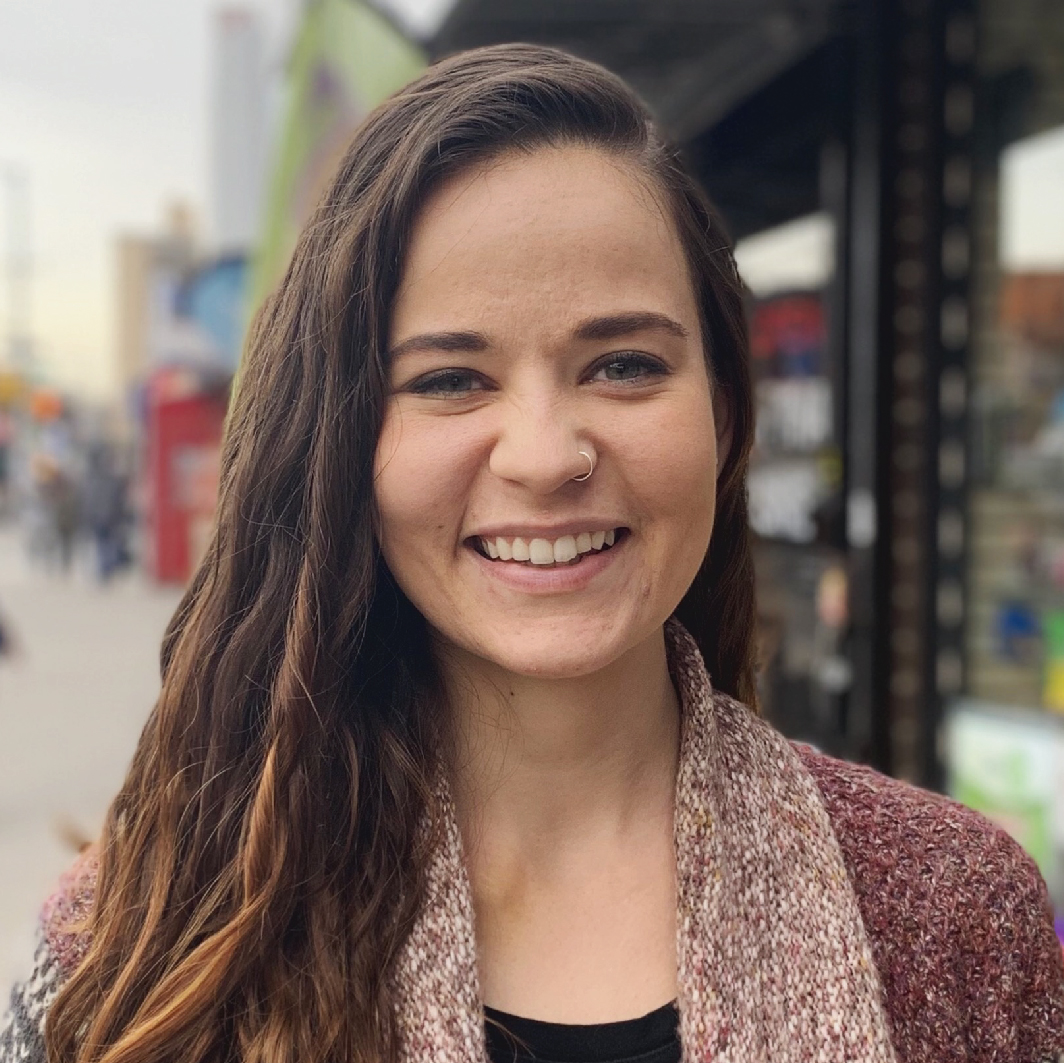 I am always encouraged by God’s commitment to work ultimate justice. The fact that he will right all wrongs in the end, protect the innocent, punish the evil, restore goodness and balance to the world, gives me so much hope when things feel out of control and I feel crushed by responsibilities.